Excerpt from Chapter 42 The Battle – Coll

A Storm in Any Port – Book 1 of the Zander Trilogy

“Looking along the road, the Emeraldeers could see that the hotel was on the near horizon and a fair way off and unfortunately, there was neither a bus stop nor a telephone booth to call a cab. In their desperate rush to make their futile advances towards Seonaidh, the would-be smoothies had forgotten to ask her if there was any public transport on the island.

The long walk to the hotel did not appeal to any of them but they were determined to have a little tipple tonight. So convincing themselves that it would be worth it in the end, they faced up to the situation and set off.

They had not gone more than a few paces when Gilbert, who had gone to have a look at the minibus, shouted,

“Hey, lads, the keys are in the ignition, we’ve got transport! Come on get in. This must be the shuttle bus to the hotel.” Coll certainly does look after a visitor was their communal and grateful thought.

Gilbert eased himself into the driving seat, started the engine and the others climbed aboard and were driven to the hotel. What, for a while, had looked like a long trek took only a few minutes.

The two-storey hotel was similar to many others they had come across recently, and as Gilbert parked their transport, the Emeraldeers went into the hotel and straight through into the main lounge. In a corner was a small bar with an extensive range of malt whiskies arrayed along one wall. The Emeraldeers agreed that it would be a shame to let an opportunity like this pass, without sampling some of these liquid delights. Following a brief discussion, they decided to push the boat out and attempt to sample each one of the full array on offer. Then the thought struck them that, with so many varieties to try, not only would it be very expensive, but it would also be impossible for each of them to have a measure of each whisky and still be in a fit state to get back to the boat. Eventually they agreed to have a ‘tasting’.

This entails each member of the group buying a different malt whisky and everyone adopting a ‘sip and pass on’ operation. The next round would be a completely different selection and so on, until all of the whiskies, tasted. The task set was a gargantuan one!

The few locals in the hotel had exchanged puzzled looks when they noticed the strangers getting out of the minibus. The strangers however were too engrossed in the anticipation of the delights to come, to see the funny looks aimed in their direction. With any sense they might have been aware of the silence that had fallen when they came in and been warned. But, as usual they were insensitive to what was happening around them, and the Emeraldeers settled down at a table in the lounge bar, blithely unaware that they were in the calm before the storm as they began their self-imposed task of sampling each of the treasures lined up behind the bar. They had just started on a third round when the bar door burst open and Seonaidh barged in, obviously angry and now looking even larger than before.

Without ceremony she demanded,

“Who pinched the bus?”

Even allowing for the mellowing effects of their whisky intake, Seonaidh no longer appeared to be as attractive as she had done at their first meeting; especially to Gilbert, who was closest to her.Meanwhile, Zander cowering down behind the others was doing his best to pretend he was not there. Seonaidh, standing glowering down at the Emeraldeers, was not to be ignored. With one voice, Grunt and Murdo, their fingers pointing accusingly at Gilbert, yelled,

Zander slunk further down into his seat.”

The island of Coll : Coll (Scottish Gaelic: Cola; Scots: Coll)[7] is an island located west of the Isle of Mull in the Inner Hebrides of Scotland. Coll is known for its sandy beaches, which rise to form large sand dunes, for its corncrakes, and for Breacachadh Castle (above). It is in the council area of Argyll and Bute. Source Wikipedia

The Coll Hotel is a beautiful place to stay if you visit Coll and you can be sure of a very warm welcome there.

3 thoughts on “Island of Coll” 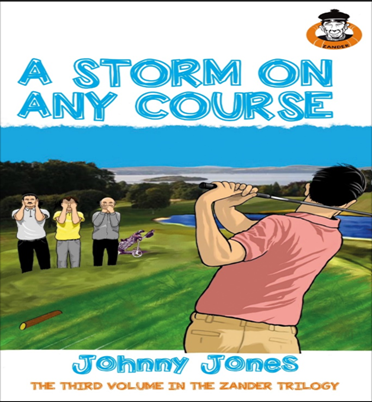 Is it finally time to relax?